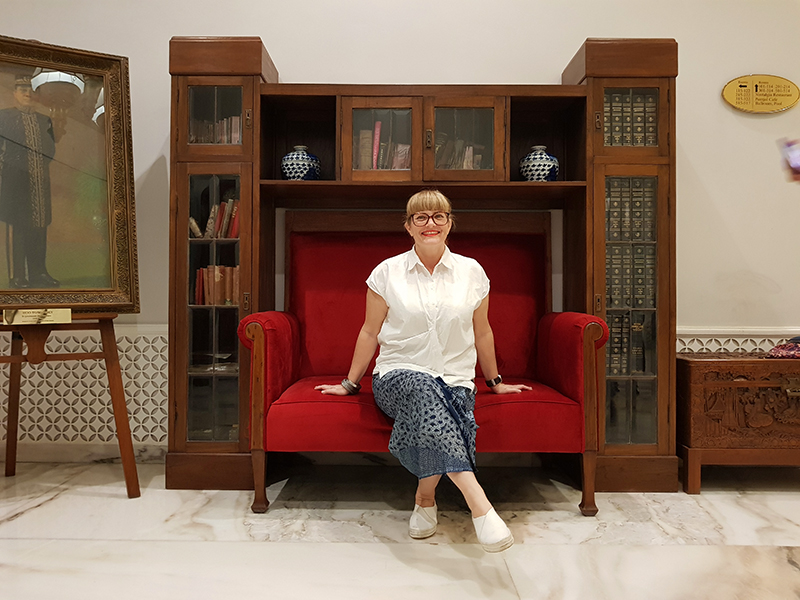 www.wherejacwanders.com – On our recent trip to Pekalongan we stayed at The Sidji Hotel. It was a perfect spot to relax and chill after our indigo workshops with Pak Zahir, the renowned Batik expert. Read how he’s sharing his experience and teaching about traditional dyes and this beautiful Indonesian art form.

This was one of those weekend organised by friends and I’d been so busy leading up to the weekend, I hadn’t read anything about the hotel so it was a delightful surprise to find myself in The Sidji’s lobby admiring the peranakan architecture. This is one of my favourite forms of architecture developed by the Chinese who came to British Malaya and Dutch East Indies (now Malaysia and Indonesia) between the 15th and 17th centuries. 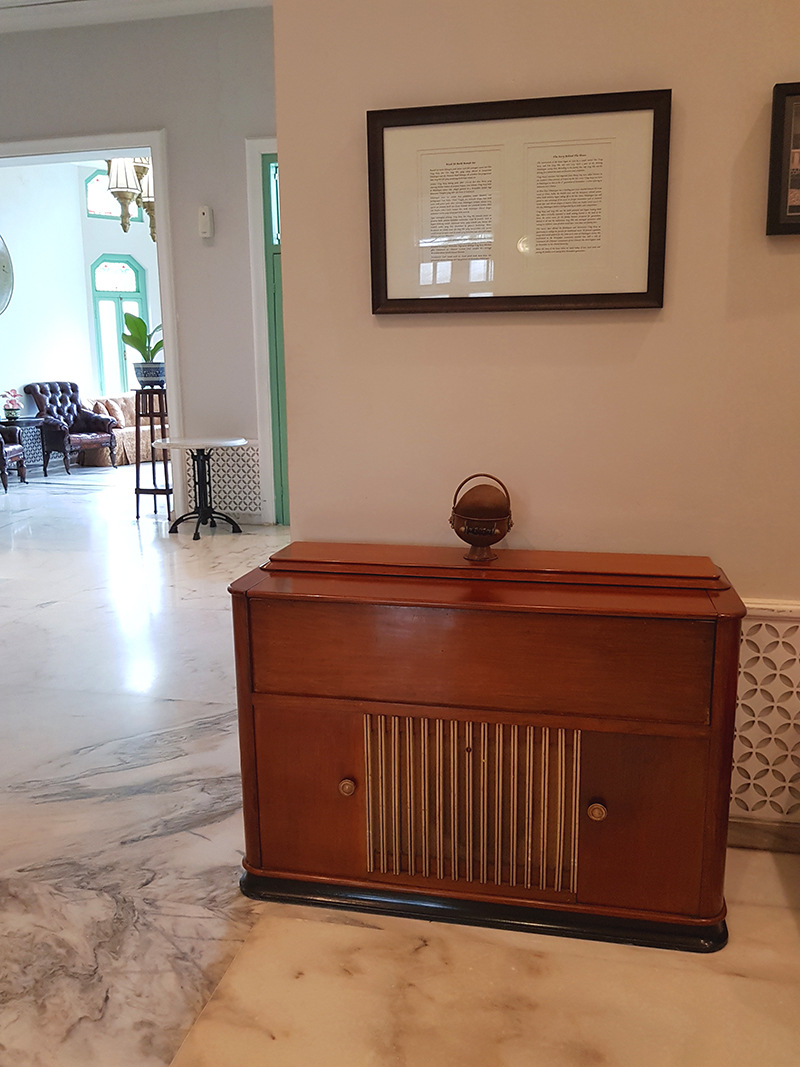 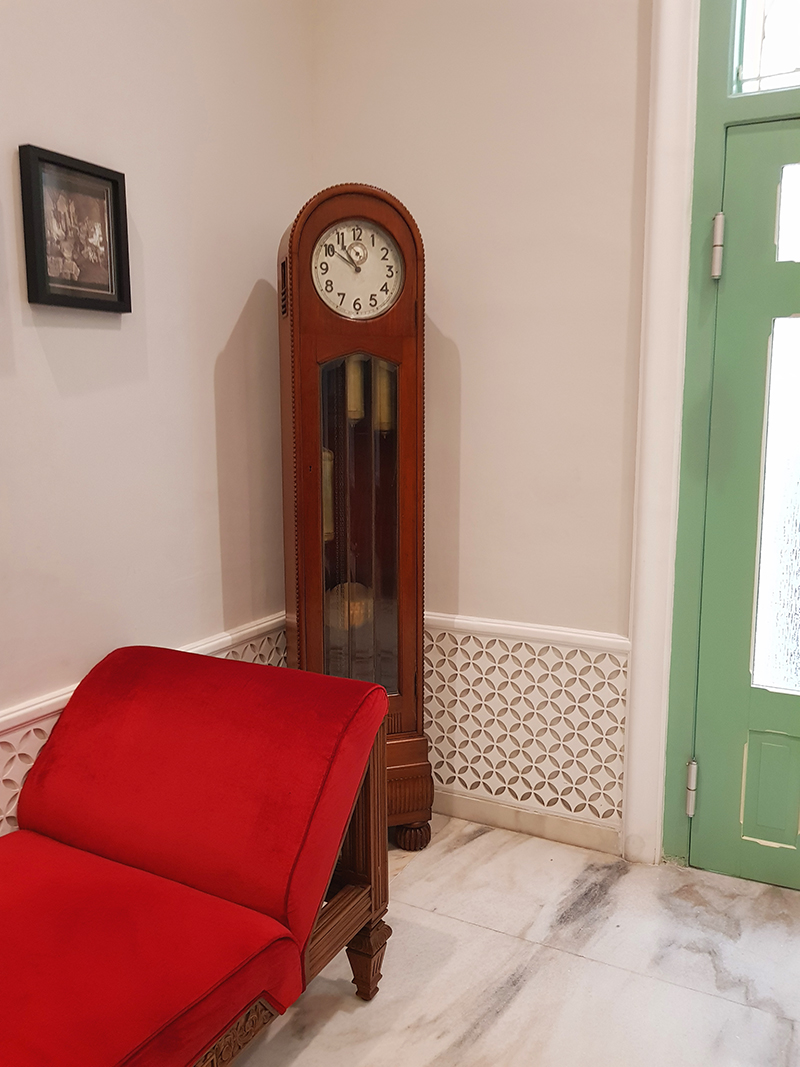 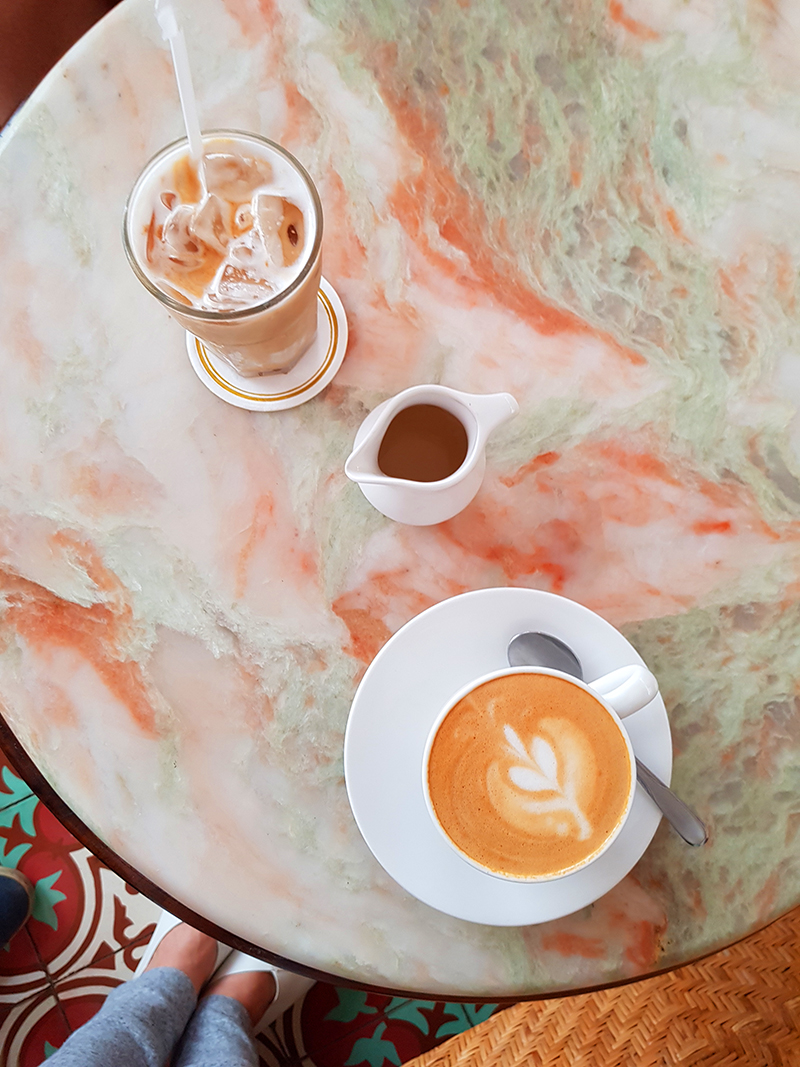 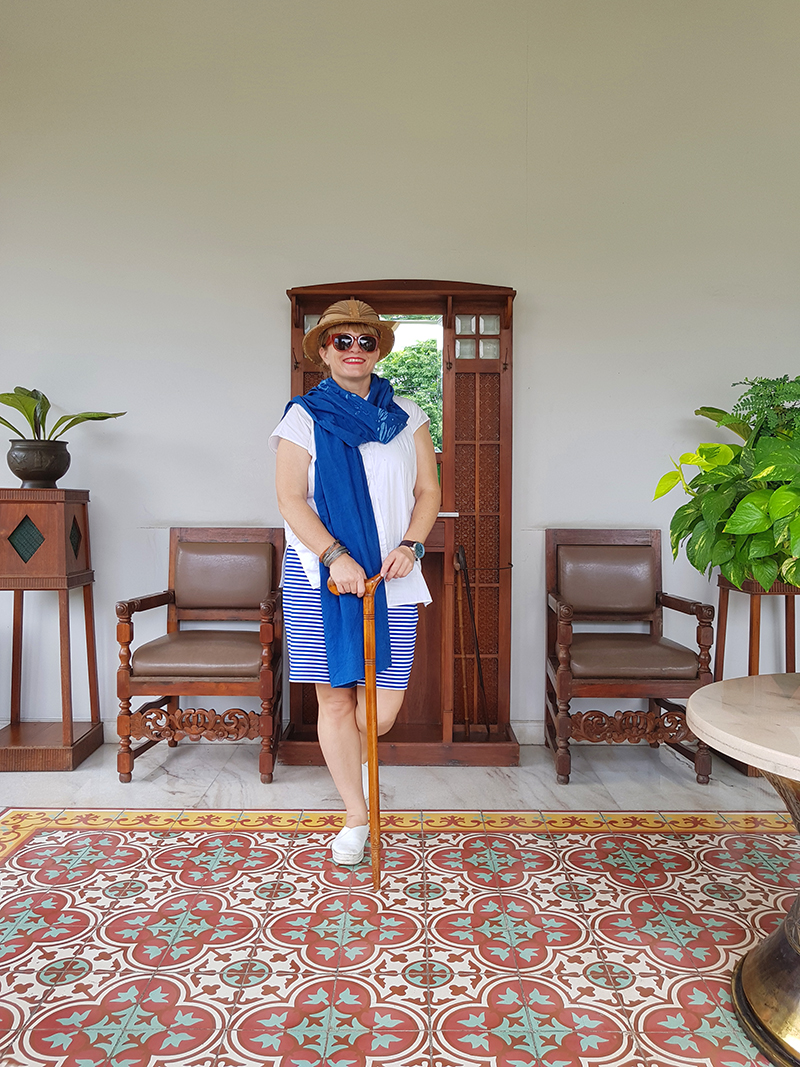 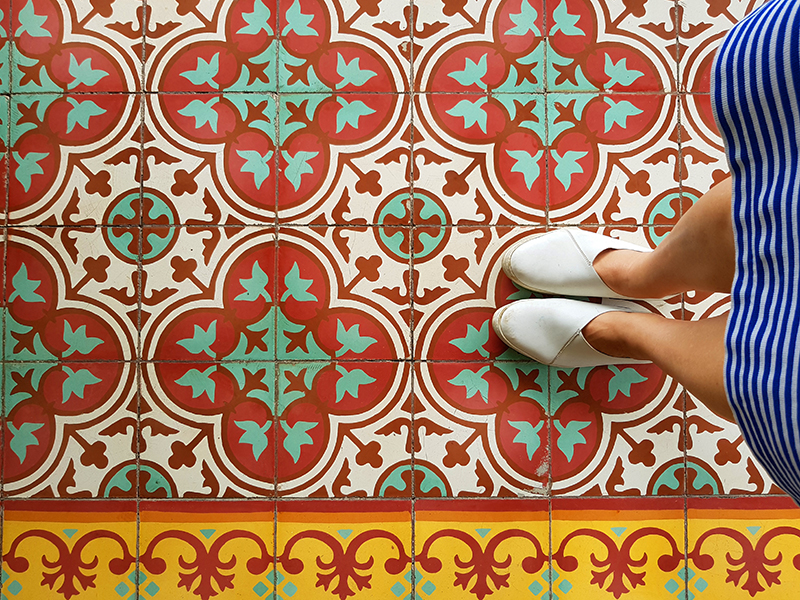 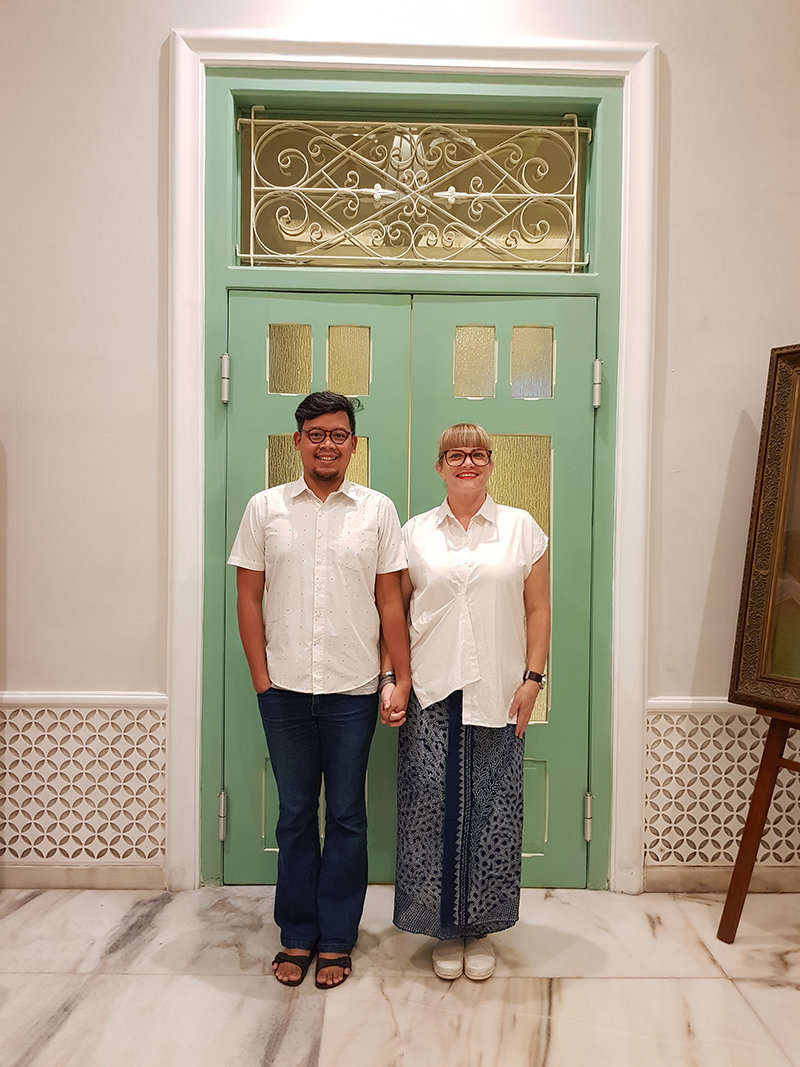 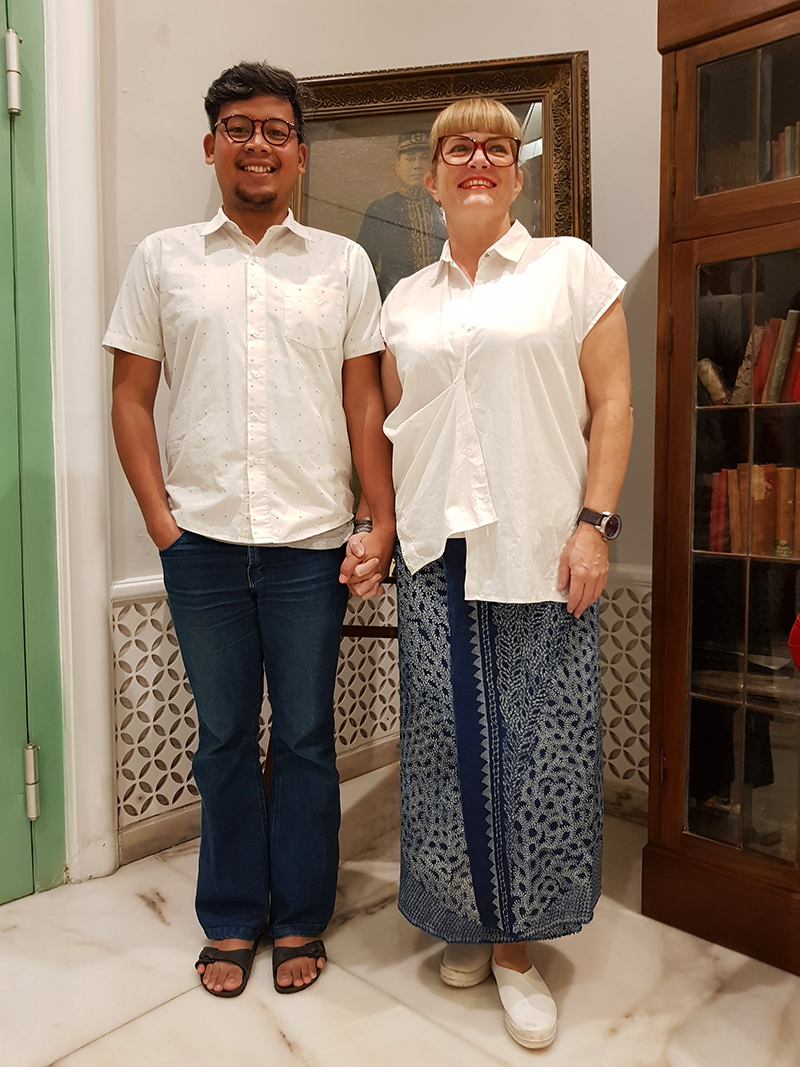 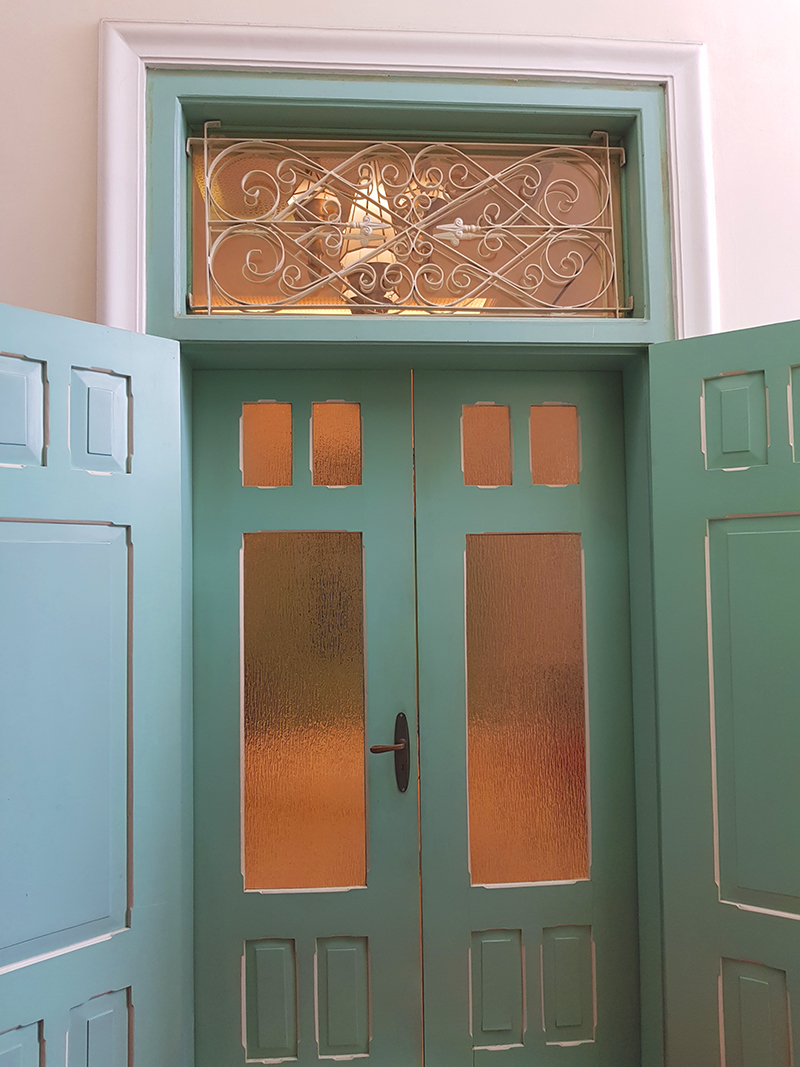 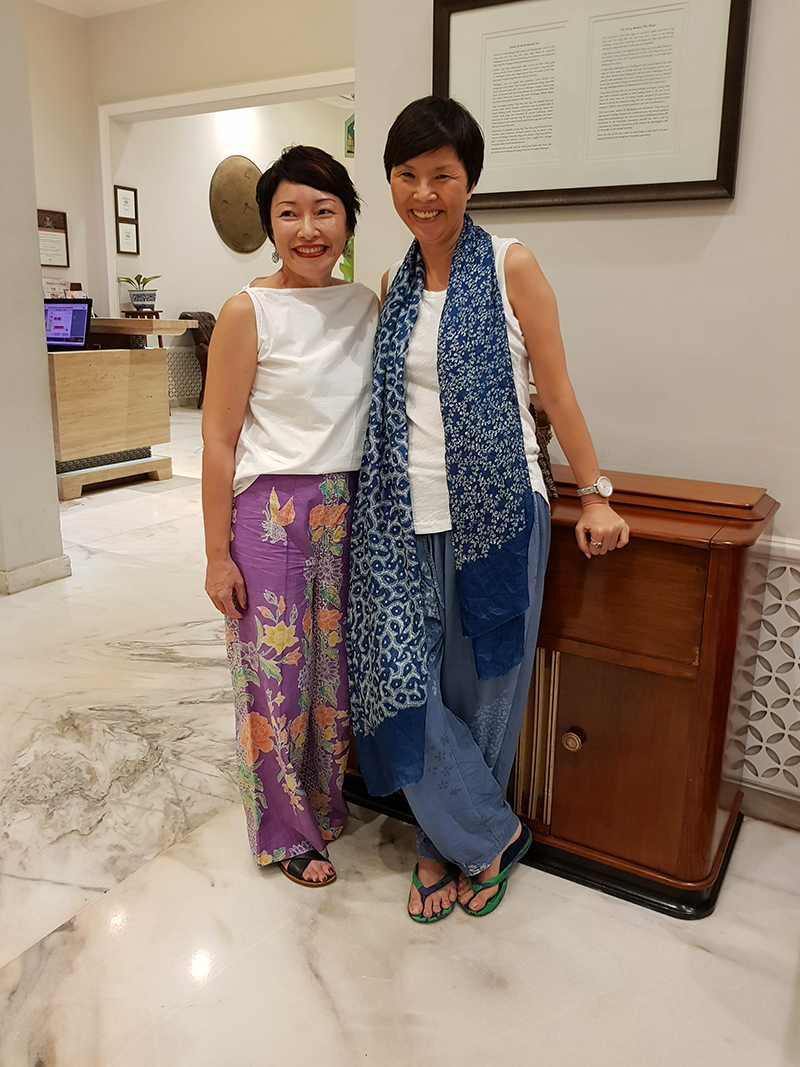 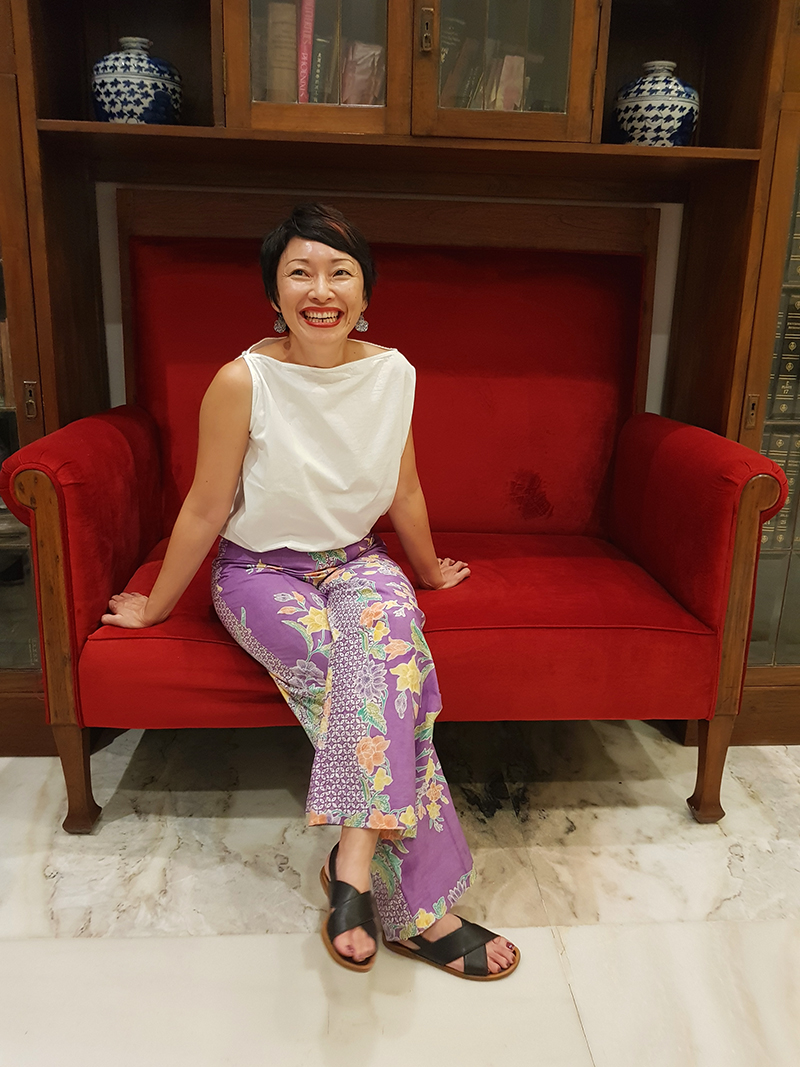 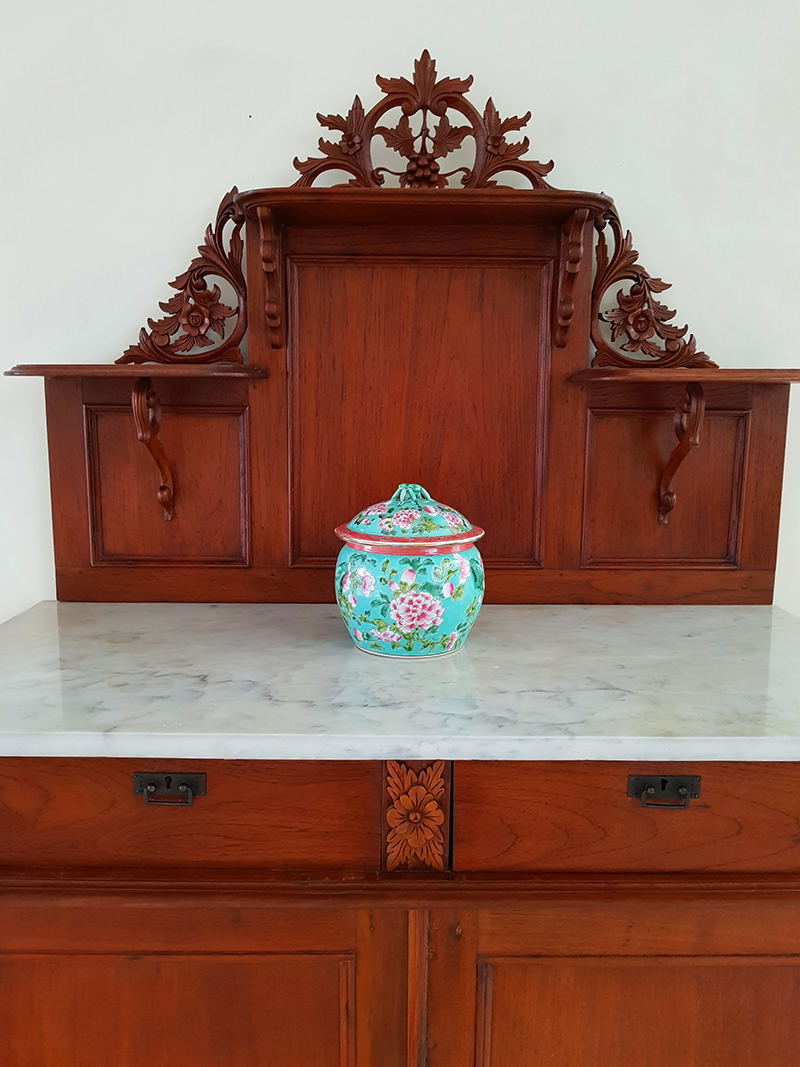 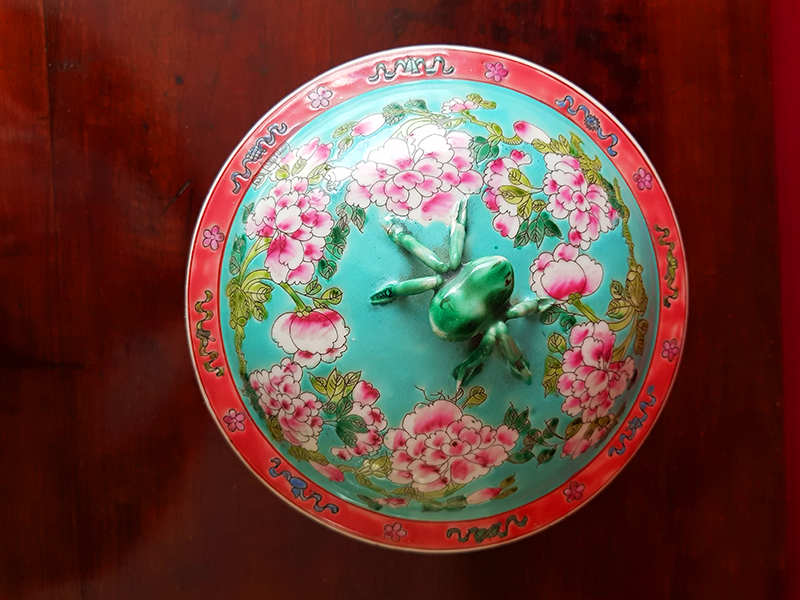 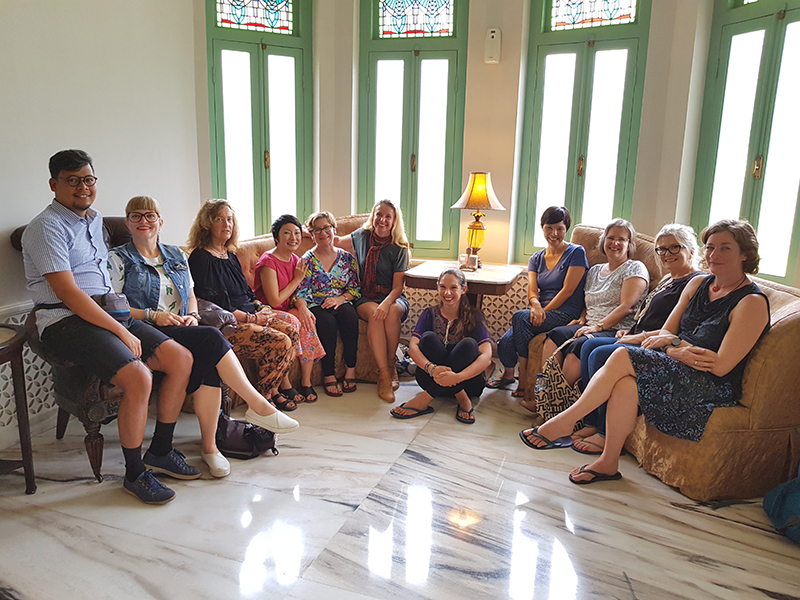 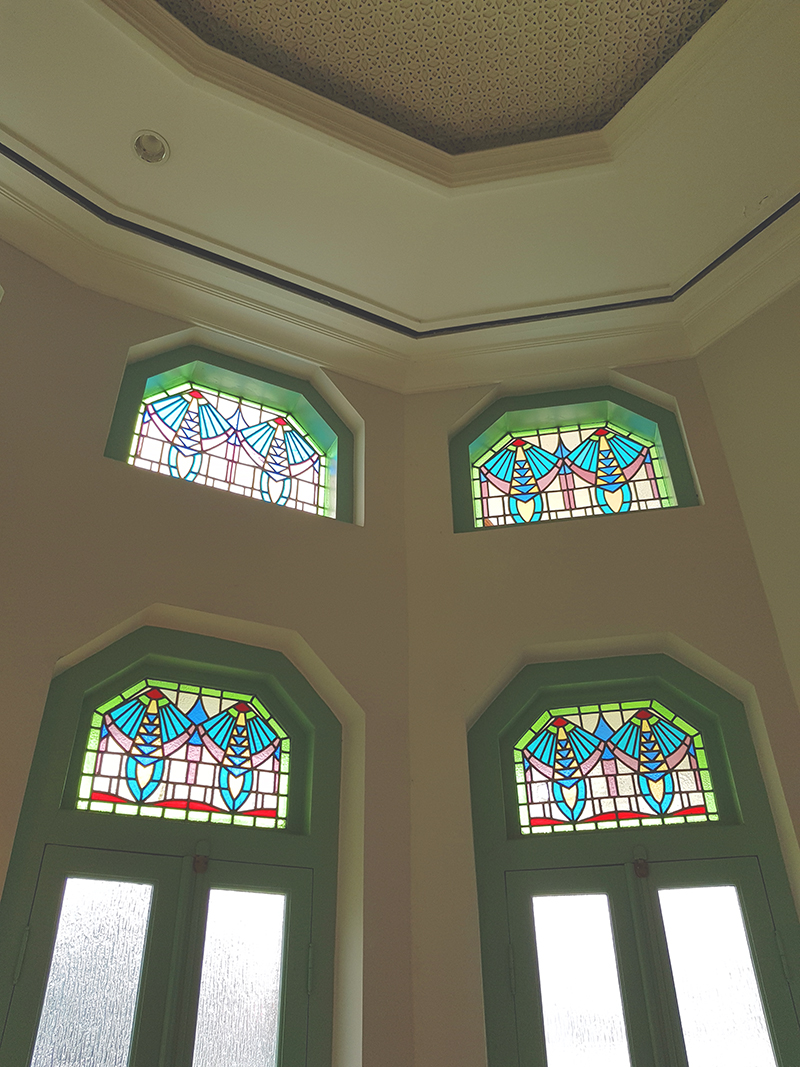 We jumped on a train from Gambir Station in Jakarta and as I’ve said many times, I love trains. It was a five hour journey. We had delicious food at the hotel, swam and just relaxed. We also went on a becak tour to check out the local architecture and the Batik Museum. We were lucky to have dinner and be looked after by Felicia and Ong, the owners of the hotel. They were very gracious hosts. 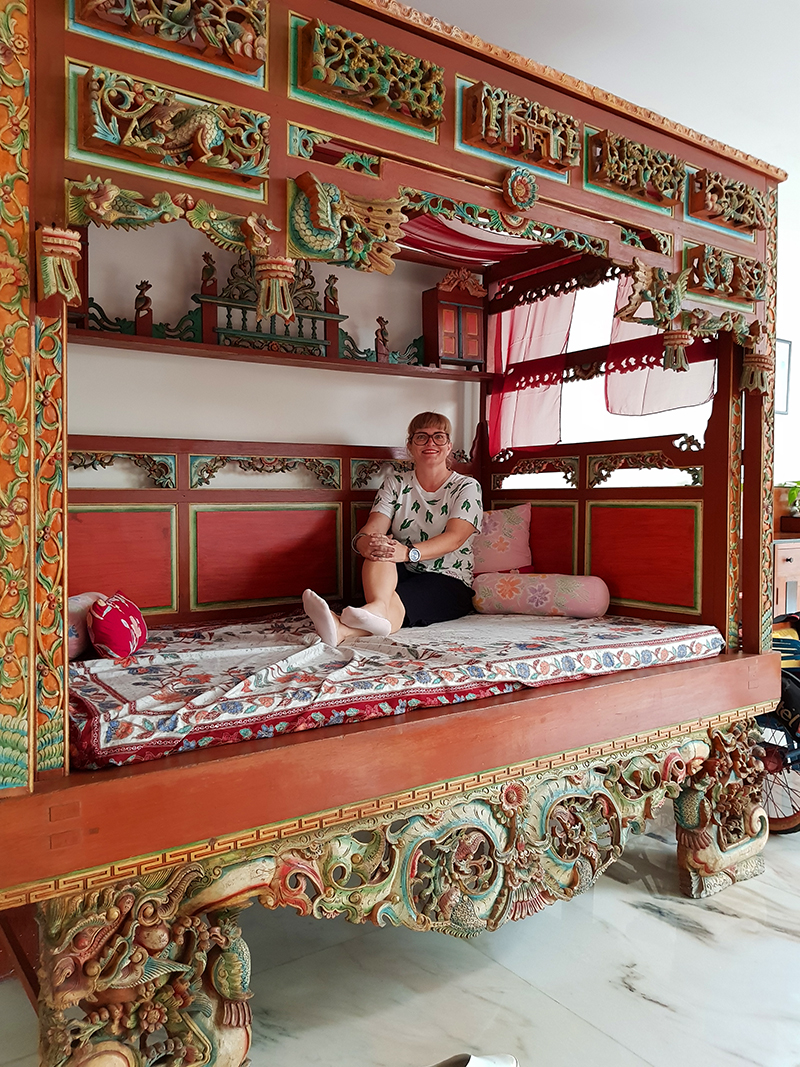 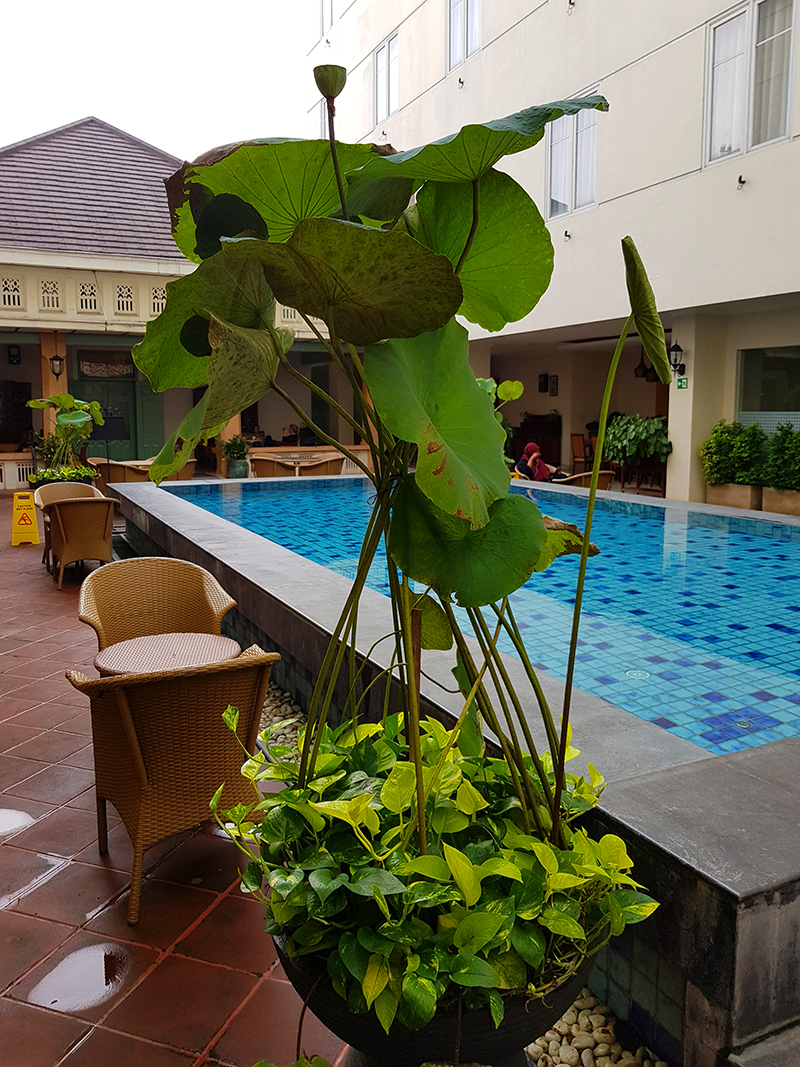 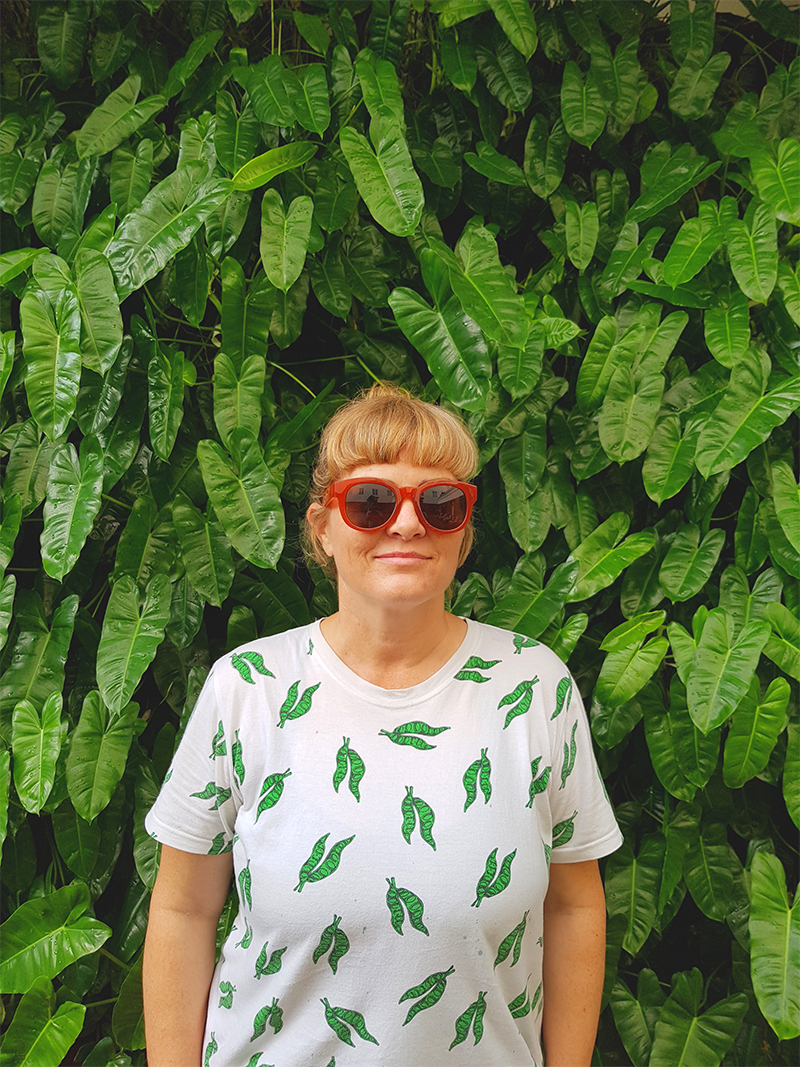 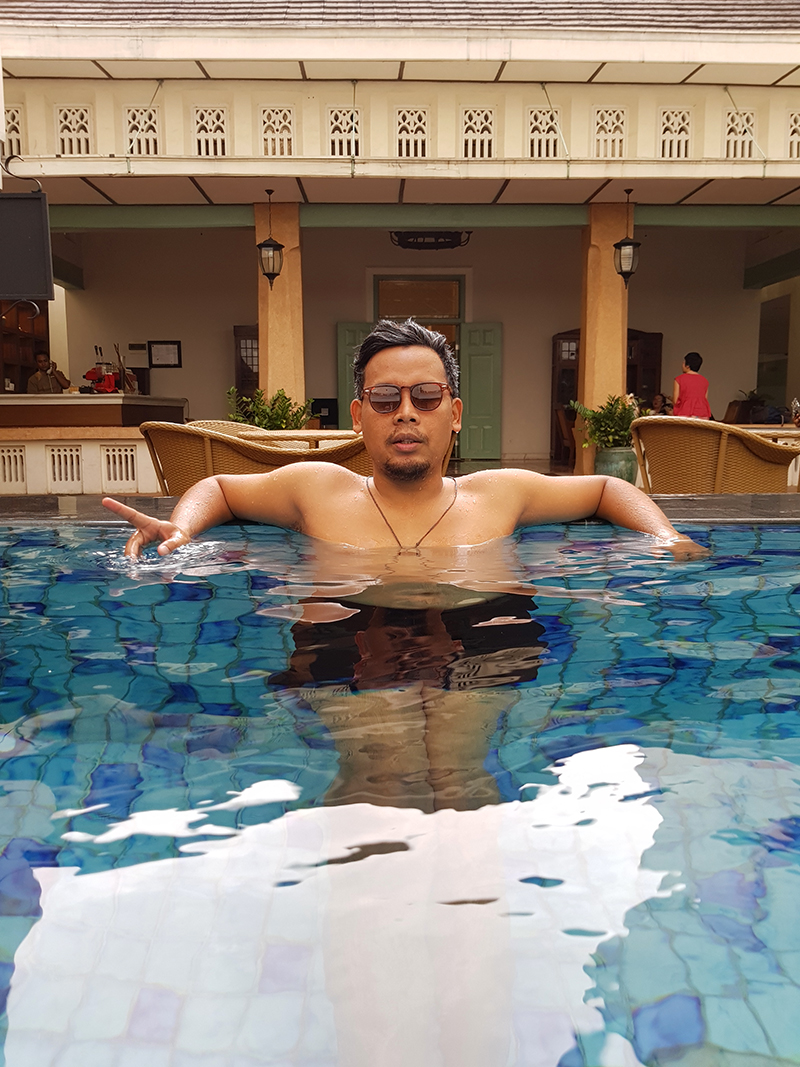 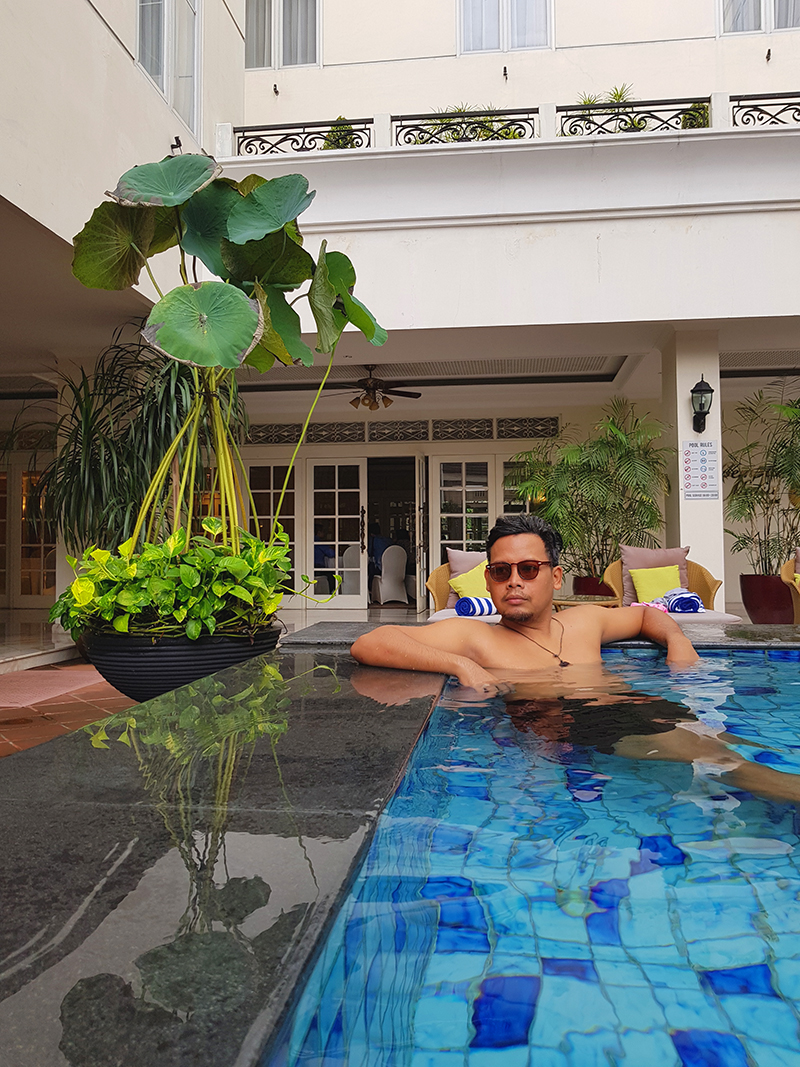 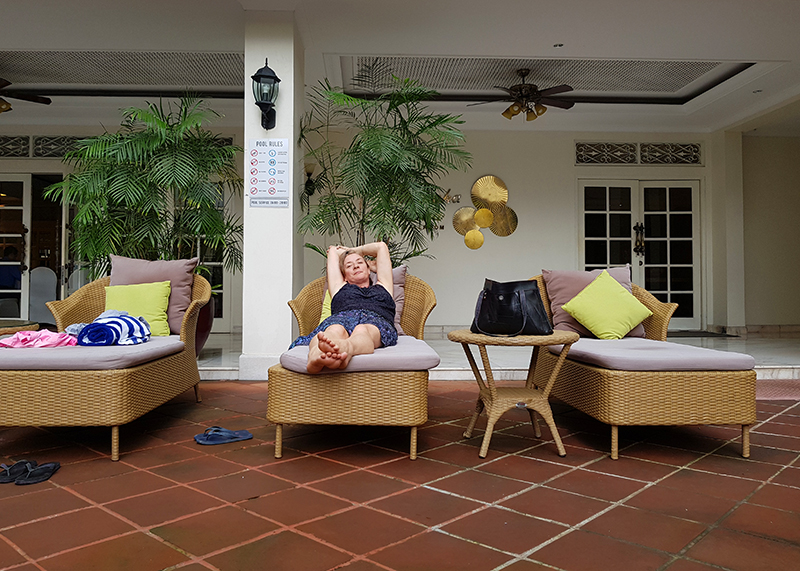 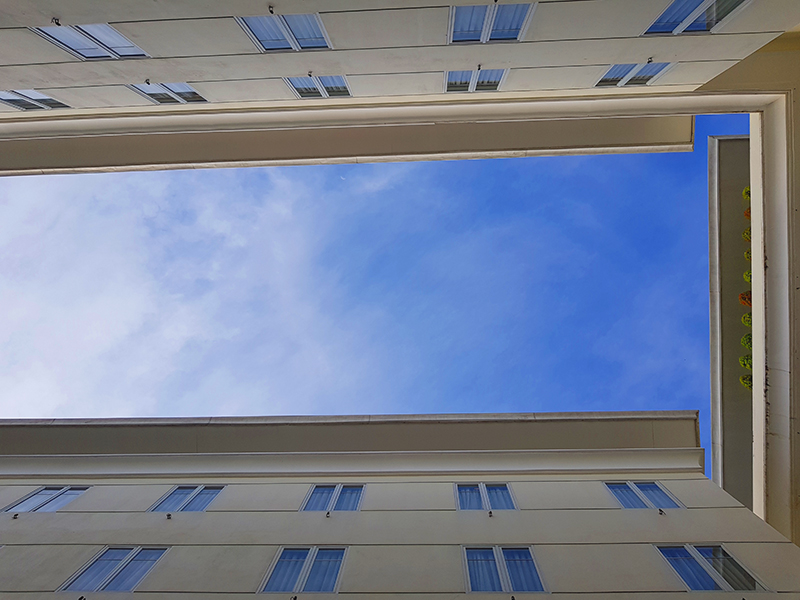 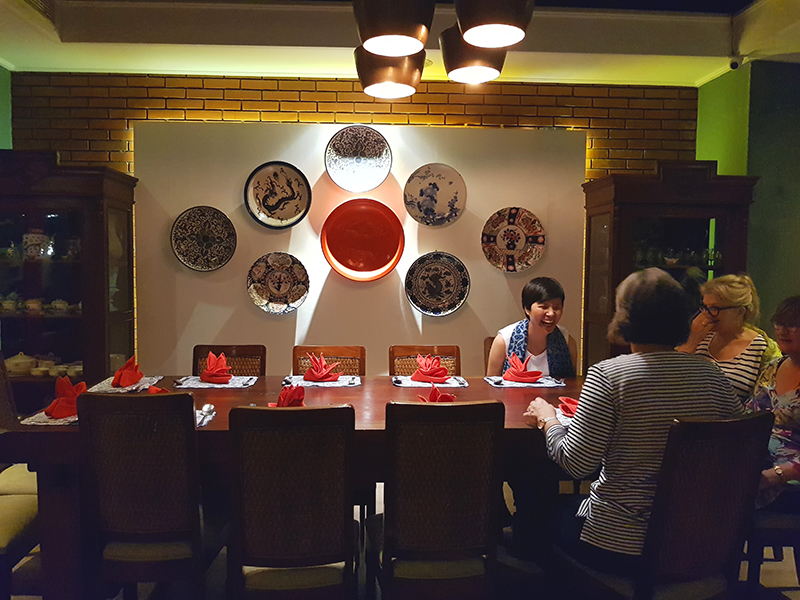 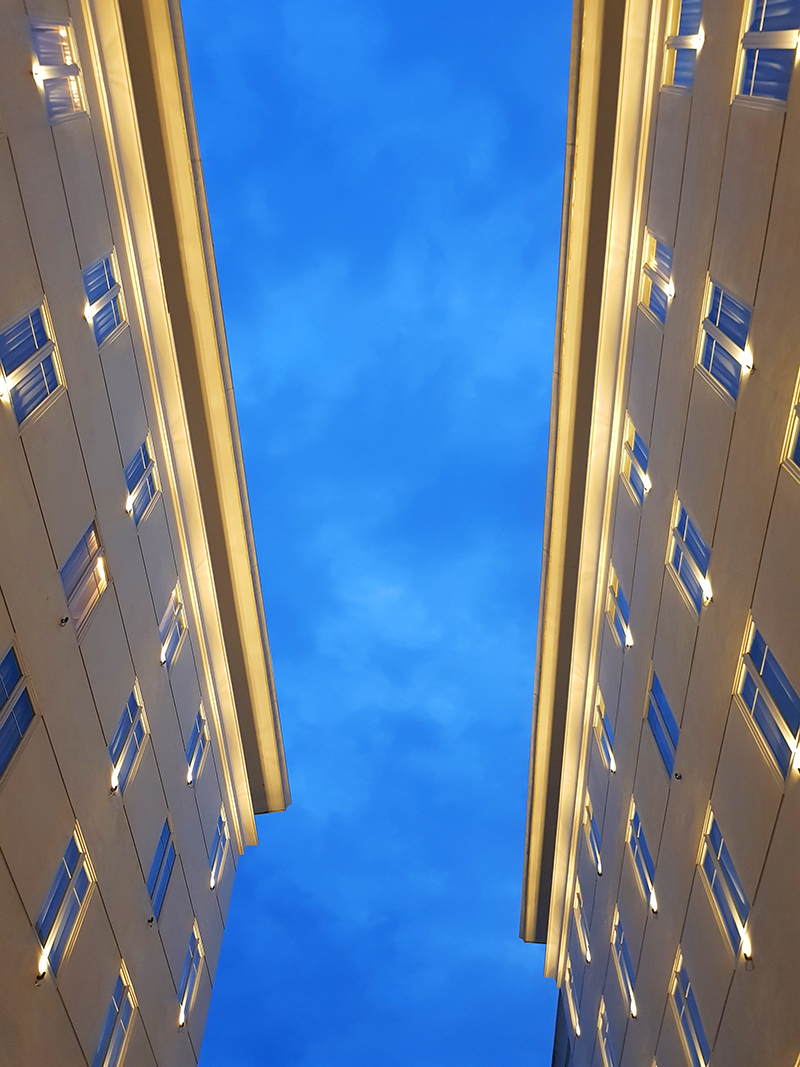 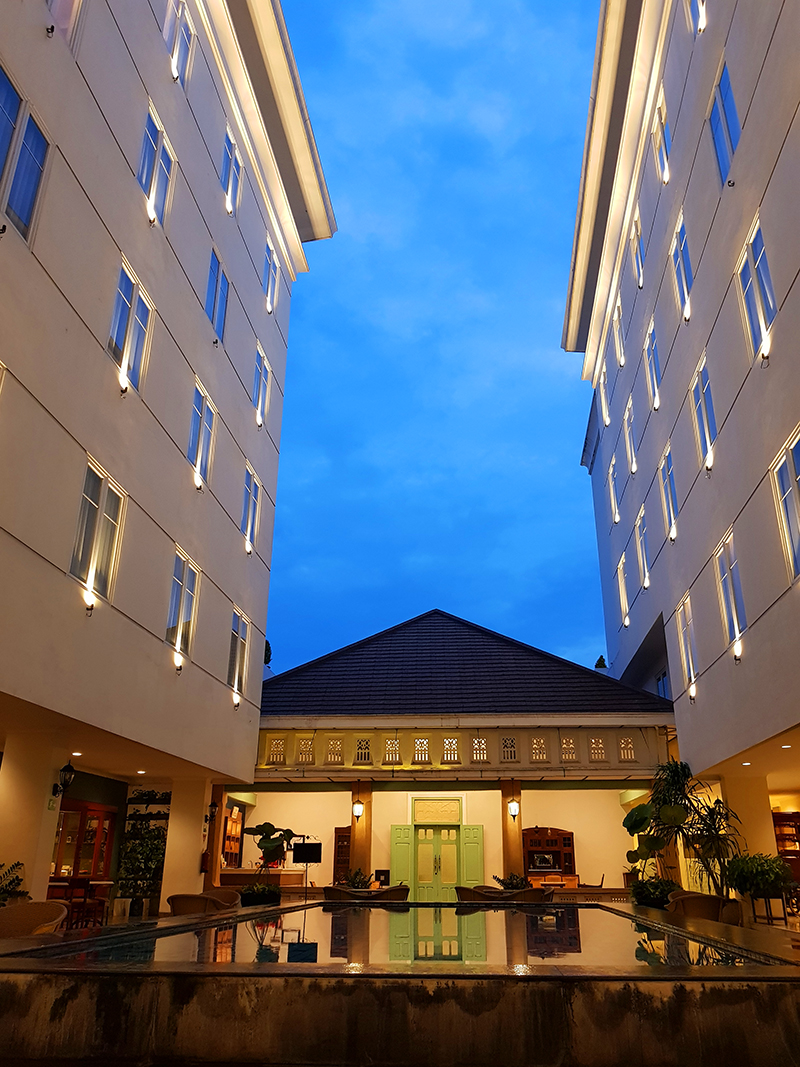 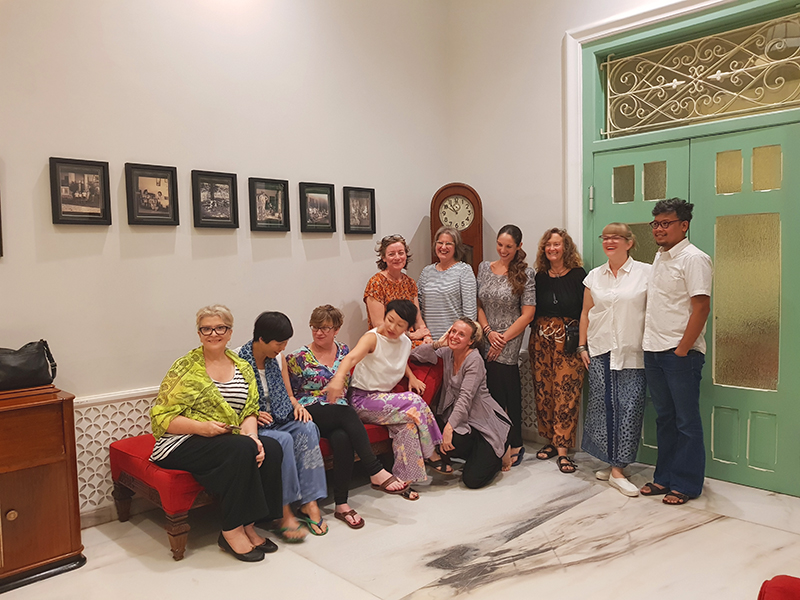 “In 1918, a couple named Hoo Tong Koey and Tan Seng Nio—who were very much a part of the thriving Pekalongan society then—began the construction of this house (today, the house serves as The Sidji’s lobby). According to the family lore, Seng Nio—the wife—was the driving force behind its main architecture and completion. Tong Koey’s ancestors migrated from Amoy city (now called Xiamen), in the southern China province of Fujian by the late 1700s. Tong Koey was born in Pekalongan by the year 1885, making him the 4th generation of Peranakan—a term referring to Indonesia-born Chinese. In those days, Pekalongan was a bustling port town. It was nestled strategically along the trade routes of China, India, the Middle East, and the European colonial powers. As batik industry began taking off in the late 1800s, Pekalongan was well poised to benefit from its access to foreign innovations such as chemical textile dyes and vibrant designs of maestro Eliza van Zuylen (1863-1947). Today, Pekalongan batik can still be distinguished by its bold color compositions. Soon, Tong Koey and Seng Nio saw the potentials of batik. The couple began trading batik dyes before expanding to batik making. They set up a workshop for this purpose in the back of the house. It was an astute move—for the family business continued to prosper for many generations. Behind it all was the industrious Seng Nio—who managed operations while raising six children—some of whom would later raise their own families in this town. Later on, this success allowed the flamboyant and charismatic Tong Koey to indulge in his passion for traditional music. He formed a gamelan troupe that performed for the crème de la crème of Pekalongan society. His involvement in the Peranakan community awarded him the title ‘Lieutenant der Chinezen’ (Lieutenant of the Chinese)—the third highest rank for Peranakan in the colonial hierarchy. Hence, the story of the house where we stand today. A story of love, hard work, and passing the family torch among three Peranakan generations of Pekalongan.” 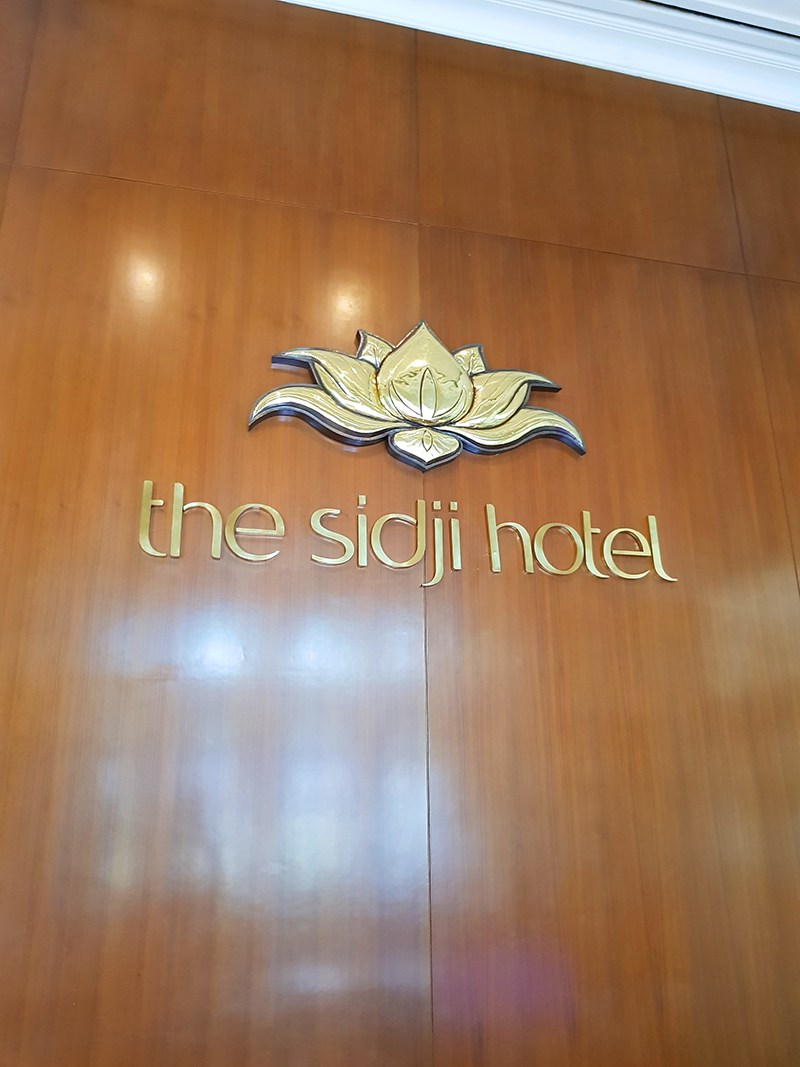 Bringing Indigo to Life in Pekalongan

What do you think? Cancel reply

where jac wanders is a collection of my adventures. A peek inside my mind, on my page and through my lens.

Visits from these two brightening mornings in lock

Lucky that our 5km bubble is beautiful. #covid19 #

2020 what a year so far. Who would ever have thoug

Miss you @novadewi I love this photo of us. 📷 @

Listen to silence. It has much to say.

Going with the flow...

RT @sallyrugg: Oh wow it’s even better in full… worth a watch!
6 days ago
RT @JRS_Aus: It's #20KTuesday... again. We call on the Aus Government to provide at least 20,000 additional resettlement places to people…
6 days ago
@TheOmeg55211733 @Voice4Victoria 4 people per sqm? Hardly.
1 week ago
RT @jburnmurdoch: NEW: people worry when they hear "40% of hospitalisations are fully vaxxed", but this chart shows that's actually good ne…
1 month ago
RT @Kon__K: The men held at Park Hotel Prison have been detained 8 years. They want & deserve freedom. All have been found to be refugees.…
1 month ago
@TravelJunkieID Goodness me. What you planning on doing?? 🤣
1 month ago
RT @Kon__K: Watching these people at #Melbourneprotests, they’re not standing up for freedom just their own selfish needs at our cost. That…
2 months ago
RT @Kon__K: Where are these protestors ever when it comes to actual human rights? I never see them at a refugee rally A Close the Gap ac…
2 months ago
@MuzafAli I still dream of going to Bamyan one day with you. Beautiful photo.
3 months ago
RT @sflfilm: "What I am absolutely confident of is it will be easier for the next woman, and the woman after that, and the woman after that…
3 months ago
→ Follow me